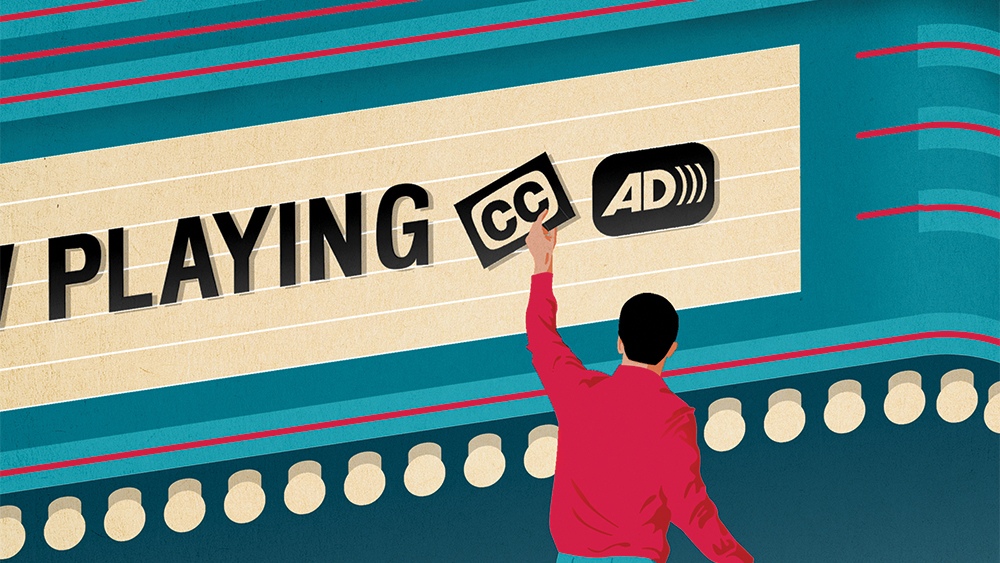 Filmmaker Alison O’Daniel appears in the Next section of the Sundance Film Festival with “The Tuba Thieves,” an innovative feature commentary on deafness. Here, she writes about the agony of closed-captioning at film festivals, and the long-overdue adoption of open captions for all movie theaters worldwide.

I am the writer-director of “The Tuba Thieves,” a feature film playing in the Next section at the 2023 Sundance Film Festival. It follows a specific and peculiar wave of crime in Southern California from 2011 to 2013. It is not a crime drama, but a film about listening,

“The Tuba Thieves” has open captions, which means dialogue and sound descriptions appear on the screen. You can’t turn them off. This makes the film fully accessible, as the captions are woven into the fabric of the narrative of the film. They were constructed in tandem with the sound and the images and the story.

Last year while I was editing, I finally felt comfortable enough to sit in a theater after being holed up inside during the pandemic. I honestly forgot that movies don’t play with open captions in theaters. Within the first three minutes of the movie, I was asleep. I watched the same film on my laptop with captions when it was available. and was riveted and wide awake. After 20-something years, I finally understood why I sleep through so many movies. I am d/Deaf/Hard of Hearing. I do a lot of tuning out when I don’t have access.

All of the films at Sundance are supposed to offer closed captioning. This means that I will attend screenings and request a device called a CaptiView, which sits in your cup holder and has an adjustable arm (I can tell you from experience, the device will squeak very loudly). The arm is topped off with a small digital screen that provides captions in sync with the film.

I am aways hesitant to complain about accessibility, but I am hyper aware of what disabled people have to deal with to gain that access. I carry a CaptiView into a theater and feel people look over as I adjust it. I leave screenings with a headache from looking back and forth between the device and the screen.

One in four adults in the United States has a disability. There are countless examples of how people without disabilities benefit in everyday life: elevators, curb cuts, keyboards, electric toothbrushes, and so on. I look forward to a time when captions are such an obvious benefit that films without captions are a part of cinema’s past, much like silent films. The case is made too often that we’re a huge market with money to spend. Also, I’d like to point out that Gen Z and Millennials are turning on captions in huge numbers, so if the fear of a film not being sold is a reason to not caption, that’s a huge missed financial opportunity. Economics should not be the reason for access. Access should be the reason for access.

In 2019, I was part of Sundance’s first (and hopefully not the last) Accessibility Impact Initiative, in which a cohort of disabled filmmakers offered our expertise and advice to Sundance non-disabled allies who were trying to address and transform the festival and institute’s historic lack of accessibility. We hoped to pave a global path for other festivals. The impact of that initiative is evident today in various forms of access that have been implemented, including an accessibility team that our producers have been meeting with over the past month. They’ve been incredibly helpful, but it’s a big commitment that other teams don’t face. This kind of accessibility requires planning, which means we can’t make schedule changes or decisions on the fly without a ripple effect of insufficient access.

In total, there are eight films listed that are playing at Sundance which offer a screening with open captions. Two other films offer open captions for every screening across the schedule. One is my film, the other is “Is There Anybody Out There?” directed by Ella Glendening. We are both disabled.  We welcome everyone else to join us. There is a page on my website called How to Caption. Please enjoy the instructions and writing your own caption poetry. We certainly will.