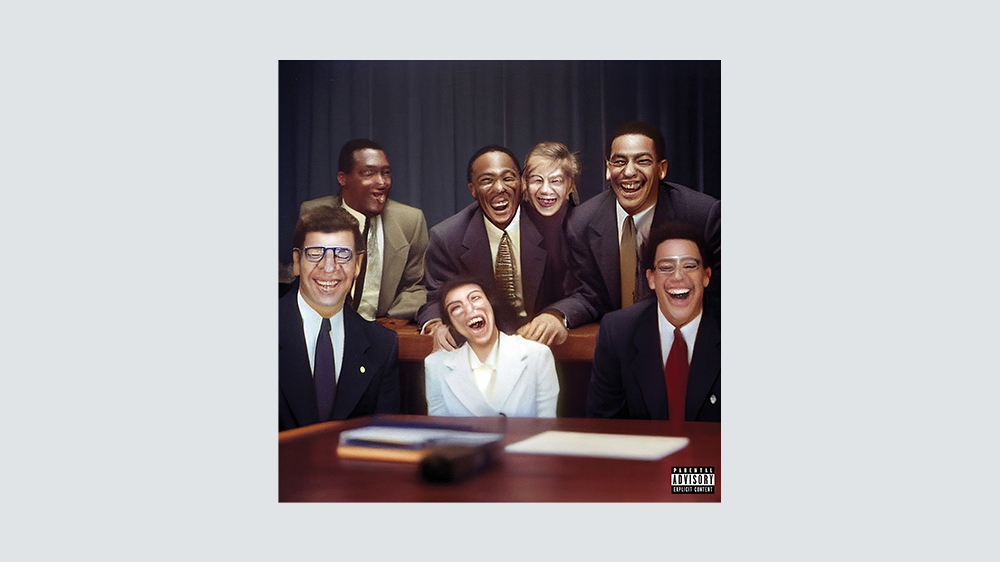 Ever the provocateur, the rapper’s new cover art previews an AI-generated image of what seems to be seven executives sitting next to each other in suits. With malformed faces akin to a psychedelic trip down the rabbit hole, the artwork seems unremarkable upon first glance. However, the longer you stare at their faces, they look inhuman, with contorted facial features and warped smiles.

Perhaps a commentary on music boardrooms and perceived alienation from the culture that they allegedly represent, the suits are laughing, appearing almost drunk with power. Unsurprisingly controversial from the get-go, Yachty’s music has historically been anti-conformist. From his beaded, flame-colored hair to his 2017 anti-pop album, “Teenage Emotions,” the rapper is known to make music as inventive as his own self-image, becoming a divisive figure for hip-hop purists.

The post is captioned: “Let’s Start Here. – 1/27  Chapter 2. Thank You for the patience,” hinting at a potential redux of an already teased album, collectively referred to as “Sonic Ranch.” On Dec. 25, Yachty’s latest album was leaked by Leaked.cx, much to the Michigan rapper’s disappointment. He took to Twitter later that day to post a half-hearted sad-face emoji to express anguish in the untimely launch of a potentially seminal work within his discography.

In an interview with Icebox last year, the “Minnesota” rapper has expressed that his “new album is a non-rap album,” hence the second chapter that he alludes to in his Instagram post. Yachty explains: “It’s alternative, it’s sick!” After recently collaborating with artists such as Tame Impala, he’s been in the process of creating a “psychedelic alternative project… [with] all live instrumentation.”

Yachty has recently reached a new level of virality on social media, especially on TikTok, with his latest single “Poland.” Produced by F1lthy from the Working on Dying producer collective, the October release has been a departure from Yachty’s archetypal styles of Detroit scam rap and angsty pop-rap. The once-leaked “Poland” features Yachty crooning for less than a minute and a half about traveling overseas with a prescription bottle of Wokhardt promethazine alongside a thrashing synth lead. With a music video directed by Cole Bennett of Lyrical Lemonade, the song blends trap with a personified love ballad, articulating addiction through a purple-tinted haze.

Slowly shedding major label support, Yachty now has his own label and creative consultant company, Concrete Records and Concrete Family, respectively. Working closely with Concrete Family, Yachty teamed up with the General Mills cereal brand in 2020 for a limited collaboration with Reese’s Puffs and has an undisclosed sneaker set to be released at a later date. Similar to his 2021 mixtape, “Michigan Boat Boy,” which featured almost solely Detroit artists including Rio Da Yung OG and Babyface Ray, Yachty plans to also release a mixtape with the Concrete Boys collective sometime this year.