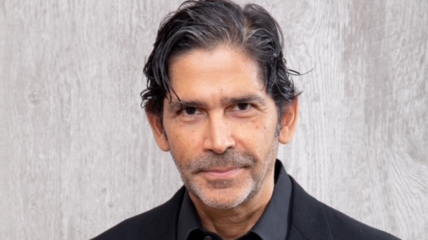 In a groundbreaking move for the film-TV scene in the U.S. Hispanic, Latin America and Spain, ex-NBC Universal Telemundo honcho Marcos Santana is launching Mas Ros Media, a new venture with offices in Barcelona and Miami whose productions target gaming and esports communities and their families.

Currently developing 16 projects ranging from 6-8 episode fiction series to documentaries, reality shows and movies, Mas Ros Media also aims to ensure sustainability at every stage of the production process. It will use the services of Madrid-based Mrs. Greenfilm, Spain’s leading – and fast growing – sustainability consultancy firm for the film-TV industry.

Forging first strategic alliances, the Santana-founded startup has bought an equity position in FireSports, founded and headed by creative innovator Rodrigo Figueroa Reyes, which ranks as the No. 2 esports company in Latin America and No. 3 in Spain, based out of Mexico, Argentina and Spain, with 11 million unique users on FireSports Twitch channel.

It also has a stake in La Corte Post, one of Latin America’s most important post-production outfits whose work takes in Netflix’s “Taco Chronicles” and “Luis Miguel: the Series” and Prime Video’s “Hernán.”

The new venture’s creative hub headquarters will be based out of Mas Ros Finca, a masía or traditional family farmstead located near Figueres, north of Barcelona, which is being restored via certified sustainable processes, said Santana. Mas Ros will function as a center for creators in all media disciplines from around the world, he added.

Further board members take in Alejandra Olea, currently heading France’s Believe Music for the Americas, Spain, and Portugal, and with a lengthy career at Sony, Tepuy, DirecTV, and BBC; and renowned TV exec Jim McNamara, former president of Telemundo, and current president of Panamax Films.

Mas Ros is based on a triple rationale, Santana told Variety. Reed Hastings has said that Netflix competes with (and loses to)   shooter survival video game Fortnite, more than HBO Max,” he observes.

“During the last few years, TV and OTT companies are suffering an audience gap, that of younger audiences, which have migrated to video gaming.” Over 2019-21, the share of leisure time that American consumers spent watching movies and TV shows fell 11%. That dedicated to playing video games grew by 4%, Santana argued. Some of Netflix’s most-watched series – “Arcade,” “Cyperpunk: Edgerunners” – are game-inspired. Gaming revenues will match those from movies and TV combined in 2023, Santana argued. Esports command huge audiences, an expected 646 million viewership by 2023, said Santana. This audience has yet to be fully monetized, however. While gaming companies such as Riot Games and Activision Blizzard are investing heavily in esports, the same cannot be said for most traditional production companies.

Santana has spent the last decade talking about how humanity is devastating the planet, he said. He delivered a keynote on rye subject at the last on-site NATPE in 2020.

The film-TV sector is the ninth most contaminating industry in the world, Santana told Variety. Just one day shooting a tentpole production generates as much CO2 as a six-member family in three years, said Santana. Mas Ros Media will use vintage costumes, better planning to reduce CO2 footprint, and savings in food; Mas Ros Finca will generate its own electricity.

Sustainability, gaming and esports belong to the same youth-driven audience world. “Audiences are disengaging from traditional TV and streaming services. We’ll regain their attention by developing content that feeds into their gaming and esports reality while relating to their environmental sensibility,” said Santana.

He added: “My focus has always been to elevate the quality of Hispanic & Latin TV content. My commitment now is to do it responsibly.  To have a clear purpose and connect with a young, sensible audience living an entirely new reality.”

Santana ranks as one of Latino TV’s most respected and iconic TV executives co-founding in 1987 the Spain-based Tepuy, which grew into a leading Spanish-language independent TV producer-distributor. From 2007, when Telemundo acquired the now Miami-based Tepuy, Santana served as president of Telemundo International and, from 2016, Telemundo International Studios and from 2018, Telemundo GlobalStudios, which oversaw Telemundo scripted production in the U.S.and abroad.

Most recent productions took in “Queen of the South,” starring Kate del Castillo, “Cien Dias Para Enamorarnos,” from Argentina’s Underground, and “El Inmortal,” part of a co-production alliance with Spain’s Movistar+. He remains an NBCUniversal consultant.