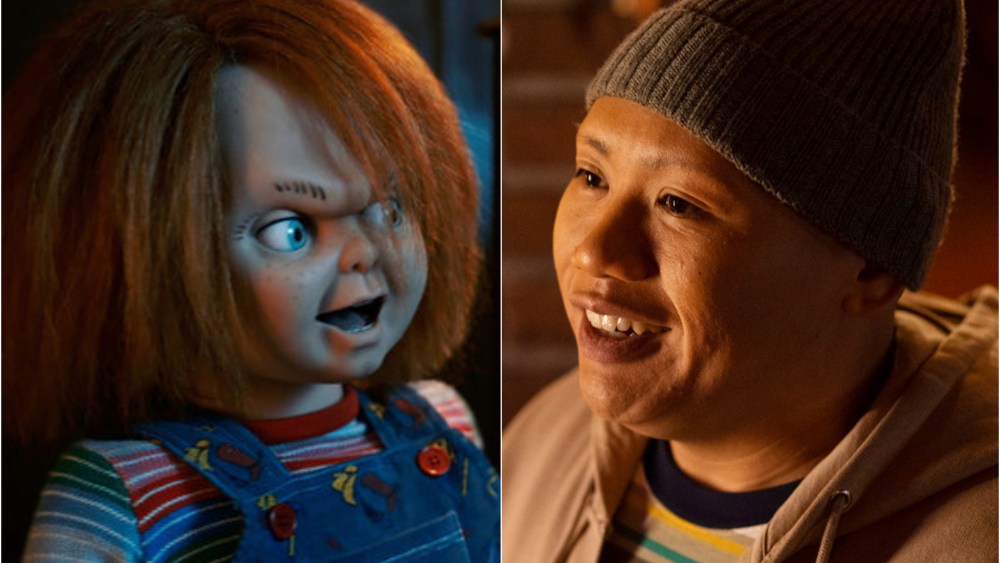 Two of NBCUniversal’s current signature thrillers will return for new seasons. USA Network/Syfy’s “Chucky” will be back for a third season, while Syfy’s “Reginald the Vampire” returns for its Season 2. The news was announced Sunday during NBCUniversal’s portion of the winter 2023 Television Critics Assn. press tour.

“The cast and crew of ‘Chucky’ would like to thank fans and critics alike for their overwhelming response to season two, which we’re delighted to announce has now spurred the official greenlight on season three,” Mancini said in a statement. “This news has made Chucky very happy. Thank Damballa for that because otherwise Chucky would have been frankly impossible to deal with. Many thanks also to our partners at Syfy, USA and UCP for helping us keep Chucky busy. See you in 2023 for what Chucky himself promises will be his scariest season ever.”

Here’s a “Chucky” teaser for the Season 3 renewal:

As for “Reginald the Vampire,” the Syfy series returns for a season season after ranking as the No. 2 cable drama on Wednesdays at 10 p.m. in the 18-49 demo, according to NBCU.

The series stars Jacob Batalon as Reginald Andres, navigating obstacles in the undead life — like a bully boss and an unrequited crush — while figuring out his own powers. Mandela Van Peebles and Em Haine also star.

“The only thing better than getting the opportunity to make a season of television with Syfy is to get the opportunity to do it again,” Peyton said in a statement. “All of us – cast and crew, writers, producers, and  — can hardly wait.”

Here’s a teaser for Season 2: