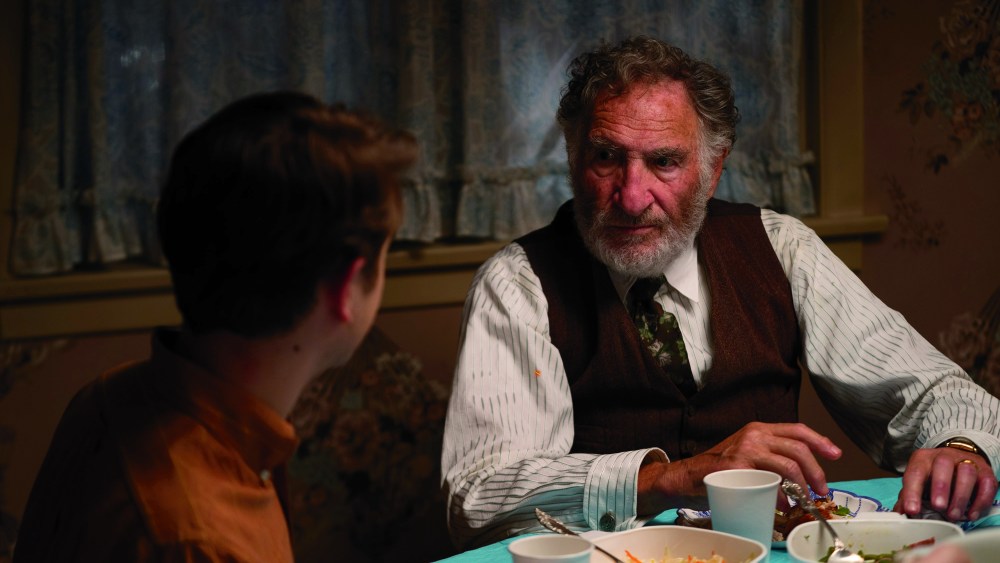 Nearly 50 years ago, an unknown actor went into Universal Studio’s New York casting office to read for a television movie. Afterward, legendary agent and casting director Eleanor Kilgallen told the young man, “Let me introduce you to some people,” and so Judd Hirsch got a brief tour of the place.

“There was a little guy behind a desk in a cubicle working on a movie and on his desk was a shark,” Hirsch recalls. Kilgallen offered a succinct introduction: “And this is Steven Spielberg. He’s going to be very big.”

That little bit of networking didn’t pay dividends — it didn’t register for Spielberg and was forgotten by Hirsch until the memory was jostled loose when director called and invited him to play Uncle Boris in Spielberg’s “The Fabelmans.”

Hirsch says he doesn’t know what prompted Spielberg to turn this crucial role — “the messenger for the film’s theme” — over to him but, of course, a career with two Emmy Awards, two Tony Awards and an Oscar nomination might have helped.

“I have a feeling Steven was confident that I had something in my background because I’ve never played anything like this,” Hirsch says.

Hirsch didn’t have an exact parallel in his background but he did have the Jewish immigrant relatives, including an uncle who helped look out for them when he and his single mom were living in Brooklyn’s Brighton Beach. “He was daring — the kind of guy with hair all over his body who swam in the ocean in the winter,” Hirsch recalls. “He was the guy who put me on a bike and gave me a shove and said, ‘Go.’ He also almost hit me once because I licked the ketchup bottle. ‘You don’t do that here,’ he said.”

Hirsch could also relate to Spielberg and Sammy because he excelled in math and science, studied physics and was all set for a career in engineering until something inexplicable tugged him in the opposite direction, toward this career in acting.

His outsized performance as Uncle Boris — especially the pivotal speech he gives Sammy about art — has generated more Oscar buzz for the 87-year-old. “It’s the heart of the movie and he was very impactful,” says Gabriel LaBelle, who plays Sammy.

The director gave Hirsch the choice of whether Boris had a foreign accent and his only bit of direction was saying, “‘He was the guy who made me become a director,’” Hirsch recalls, “which is like saying, ‘Play God. Now let’s see what you can do.’”

Spielberg seemed like he was reliving a crucial part of his childhood — “It was like he wanted to see it happen himself” — Hirsch says, adding that the director kept clapping his hands between takes, although he was also protective of LaBelle. “He was concerned about what was happening to the kid while I was doing the scene.”

Hirsch adds that he did apologize to LaBelle beforehand for what was about to happen. LaBelle admits it was a bit overwhelming. “He was just exploding at me,” he says. “He brought it all and I just tried to keep up.”

While Hirsch had discussions about Boris and his background with Spielberg’s co-writer, Tony Kushner, he’s still not sure he nailed the part. Mid-interview, he launches into bits of Boris’ soliloquy, “You’re not going to be able to help it, you’ve got the same thing in you that I have. …  You’re going to do it even if you don’t want to do it, you’re going to do it no matter what happens to you. And you’re going to suffer.”

He went on a bit more before saying, “I’m still not finished playing the part as you can hear.” But when he finished his time on the set, Spielberg clearly felt he had brought something special to Uncle Boris, writing Hirsch a note that read, “I hope it’s not another 50 years till we meet again.