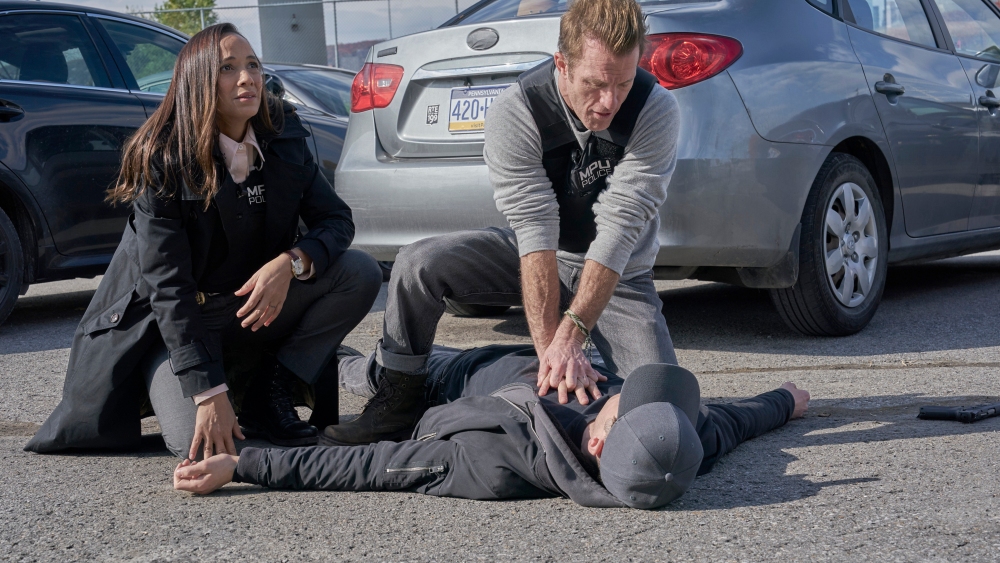 It’d been this critic’s assumption that “Alert: Missing Persons Unit,” a new drama launching on Fox, would resemble “Without a Trace,” the case-of-the-week crime story that aired on CBS during what we might call that network’s Golden Age of police procedurals. There, each week brought a new intrigue around a person who’d disappeared, and, eventually, a resolution.

“Alert,” which was created by John Eisendrath of “The Blacklist” and Jamie Foxx of movie stardom, pumps up the formula. The searches for the missing each episode feature not just high dramatics but graphic onscreen violence; the show’s second episode, for instance, begins with a fellow being beaten bloody with a baseball bat to the head. Ouch! The show has, in the two episodes provided to critics, something of a throughline from the first. We follow the professional and personal lives of two formerly-in-love cops (Scott Caan and Dania Ramirez) whose marriage was ruined by the disappearance of their son. Together, they cope with the long tail of surviving a crime done against their child, and their family.

Elements of this storyline in the first two episodes truly beggar belief, and a sense of boundless evil surrounding the comings and goings of the Philadelphia Police Department and of a single family come to overwhelm the story in moments. And yet Caan and Ramirez are pros, and sell the double experience both characters are having — working cases involving missing children while swallowing to blot out the grief of having lost their own.

It’s tempting to leave it there. But it must be said: There’s something a little odd about a show debuting in the post-Pizzagate era that depicts the world as an endless procession of bad men seeking the opportunity to traffic children. It’s not that it never happens, but placing crime of this sort as the very central concern of a number of career city cops seems to overstate the case in manners that flatter the conspiracy-minded.

But, well, we live in conspiracy-minded times. And the show’s central mystery remains to be untangled in ways that may, this viewer hopes, veer farther from Q than they may first appear. This is a well-enough-made show that is far from the most egregious example of television valorizing the cop at the expense of all other facets of society. It’s hard to see how its stories — both finding enough spins on missing-persons cases to keep the show fresh, and continuing to unpack the family tragedy at the show’s center — can continue for a long time before growing exploitative. (The explosion of violence in Episode 2 was not an auspicious sign.) Time will tell if its high-octane, fast-burning formula, converting frightening crime into a weekly thrill ride, is enough to keep it from vanishing, well, without a trace.