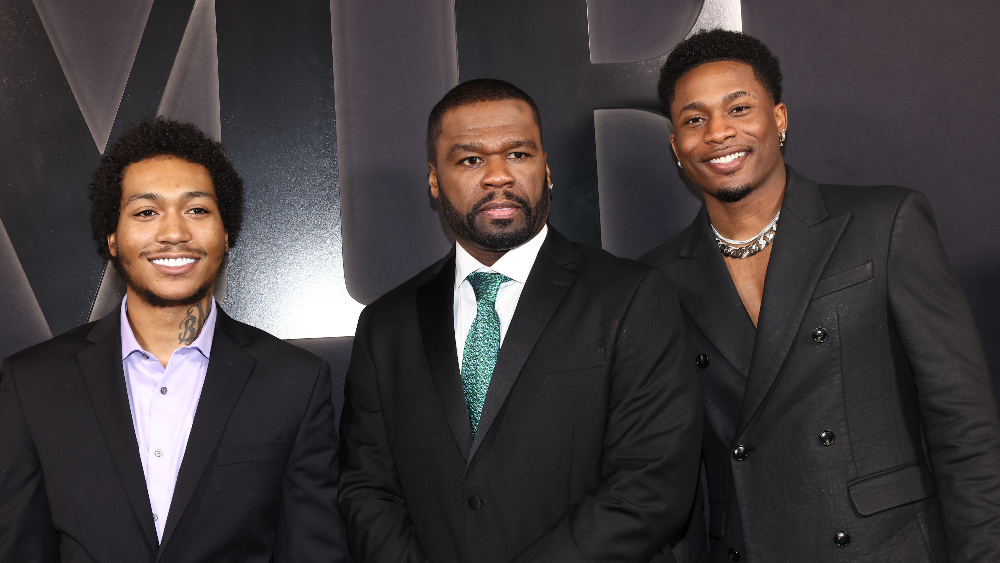 The energy was high at the “BMF” Season 2 premiere at the TCL Chinese Theater in Hollywood on Thursday night. But, one person’s presence was dearly missed among the cast and crew.

After attendees filed into the screening room from the black carpet, Starz president Kathryn Busby opened the event with a tender message thanking all parts of the “BMF” team who helped bring the second season together. She also gave a special thank you to creator, writer and executive producer Randy Huggins, who couldn’t attend the event due to undisclosed health reasons, but received a roaring round of applause from the crowd.

While he isn’t able to work in-person, sources say Huggins remains very close to the production as the network intends to keep the show in line with his original vision.

Curtis “50 Cent” Jackson, who also executive produces the series through his G-Unit banner, continued the warm welcome by spotlighting some of the talent in the audience like Caresha “Yung Miami” Brownlee of City Girls and Kash Doll, who both appear in the series, as well as other artist attendees like G Herbo and Tee Grizzley.

“Randy was the perfect writer for ‘BMF,’” Jackson emotionally shared with the audience shortly after a touching tribute video for Huggins played. The theme for the coming season is “elevate,” Jackson said, echoing Huggins’ sentiments.

That elevation seems to have taken shape on and off the screen, as even Jackson seems to have changed his previous tune about Starz. After announcing his departure from the premium cabler last September and signing a new deal with Lusid Media the following month, Jackson announced he has several new projects dealing with the “BMF” franchise in the works at Starz.

“They got some really, really smart executives coming in to help rebuild Starz in the right way. And it’s exciting for me,” he shared. “You’ll get a chance to see three spinoff shows from ‘BMF.’ It’s ‘BMF’ immortal.”

Season 2 of the drama picks up with feuding brothers Meech and Terry on the brink of a potential reunion, as one brother prepares to expand his drug game cross-country and the other debates where his real loyalties lie amongst family. Demetrius “Lil’ Meech” Flenory Jr. and Da’Vinchi return to the cast alongside Myles Truitt, Russell Hornsby, Steve Harris, Michole Briana White and Laila Pruitt, among others. They’re joined by several new cast members including La La Anthony, Mo’Nique, Leslie Jones and Kelly Hu.

But the biggest takeaway the cast wants viewers to leave with is simple: whether it’s the Sopranos or the Flenorys, business is business — and it’s better than ever before. But hopefully, blood proves to be thicker than water in this series based on a real story.

“I’m excited for everyone to see how the Flenory family gets challenged in a new way. They’re dealing with so much, of course, with their sons creating this big drug ring. But there are some other things that really tap into the heart of the family dynamic and how, just like anybody else’s family, we get challenged,” said Christine Horn, who plays Mabel Jones. “It’s bringing a lot of drama, a lot of sizzle. A lot of secrets will be revealed in the coming episodes.”