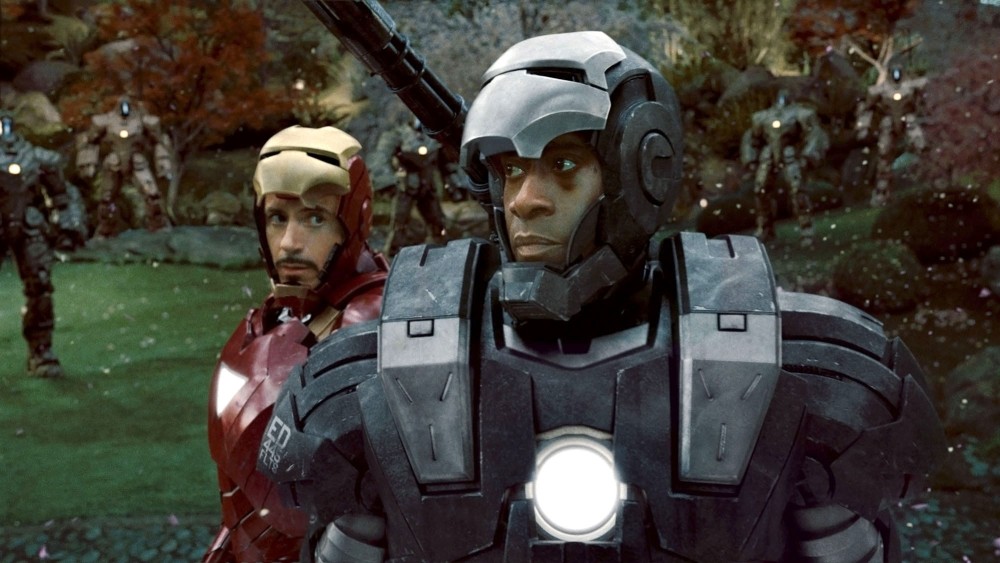 Don Cheadle might not be one of the six original Avengers, but he’s been a mainstay in the Marvel Cinematic Universe for 12 years and counting. Cheadle debuted as James “Rhodey” Rhodes/War Machine in 2010’s “Iron Man 2,” taking over for Terrence Howard. In a new retrospective interview with GQ magazine, Cheadle said Marvel gave him only two hours to decide if he wanted to join “Iron Man 2” and sign a six-movie contract with the studio.

“I was at my kid’s laser tag birthday party,” Cheadle said. “They called me and said, ‘This is what’s happening and we’re giving you the offer. If you don’t say yes then we’re going to the next person. This is going to happen very fast. Why don’t you take an hour and decide if you want to do it.’ It was a six-movie deal! In an hour I have to decide?”

Only when Cheadle explained that he was at his child’s birthday party did Marvel extend the timeline to two hours. The actor added, “So we played laser tag for two hours and I was talking to my wife and we thought about it and talked to my agent and tried to get as much information as we could.”

Cheadle accepted the role, which threw him into the world of CGI and green-screen filmmaking. The actor said that Marvel isn’t so far off from more dramatic fare at its core, explaining, “You’re trying to do the same thing always, which is to try and create circumstances for your character to step into inside your own head so that you believe what it is you’re doing, and then the audience can believe.”

After 12 years as an MCU supporting actor, Cheadle is gearing up to lead the upcoming “Armor Wars” movie. Cheadle said of the project, “In every successive film, he’s coming more and more out of Tony’s shadow and becoming his own person. But we still haven’t explored who he is and really dug into that yet. That’s what the movie is for.”