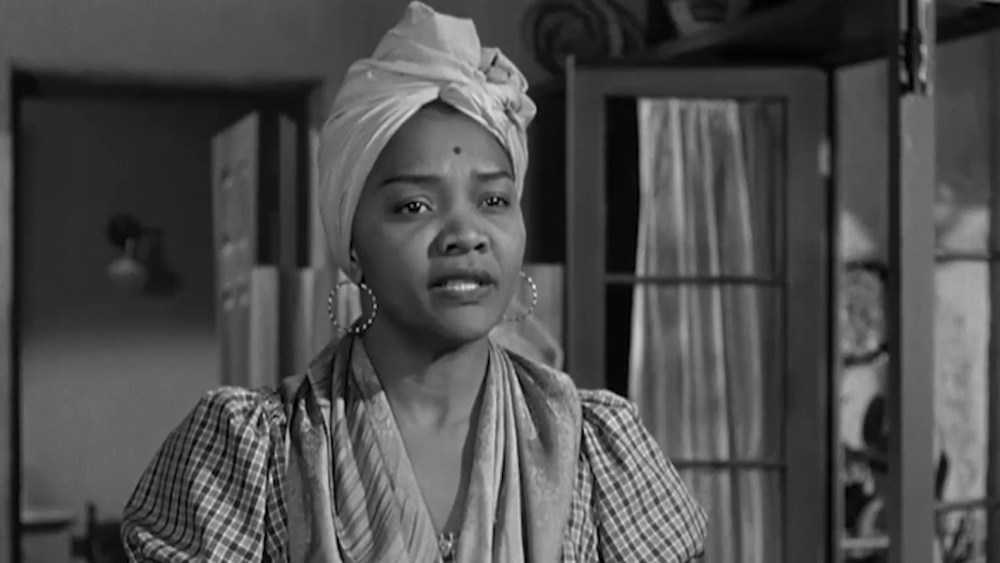 Kirk E. Kelleykahn’s heartfelt documentary “A Star Without a Star: The Untold Juanita Moore Story” builds the case for Moore — the director’s grandmother and an Oscar nominee, whose work spans eight decades — to be recognized on the Hollywood Walk of Fame. Made over the course of 19 years, the labor of love includes the insights and testimonials of actors such as Sidney Poitier and Louise Fletcher, who died before the film was completed. Despite a structure that briefly wanders in the movie’s later stages, the doc makes a very strong argument for Moore’s contributions.

Nowadays, films like “Hidden Figures” and “The Woman King” have widened the scope of screen roles available for Black performers. But “A Star Without a Star” occupies a different Hollywood, one where parts for Black female actors were largely limited to chorus girls and mammies. The film juxtaposes examples of Hollywood’s overtly racist past with the national mood of the day — civil rights protests including the March on Washington in the ’60s, Charlottesville and TV coverage of the George Floyd murder today — slyly commenting that for all the progress that has been made since those early days, so much more needs to be done.

Moore was a child when she moved to Los Angeles from the South with her family during the Great Migration after World War I. Inspired by a group of touring Black performers called the Lafayette Players, she went to New York in the 1930s and became a chorus girl at the Cotton Club in the time of the Harlem Renaissance. In 1935, when she was 21, she shipped off to Europe to play the London Palladium and did a stint at the Moulin Rouge. Her high-kicking dancing made her a sensation in Paris, and she remembers her time there as “the one place that I felt like a human being.”

Yet, Moore missed her friends and family in the States. She returned to L.A. and danced at the Cotton Club in Culver City while landing uncredited bit parts in Hollywood, mainly as a dancer. By 1937, she earned her SAG card, one of the first Black actors to become a member of the guild. She studied at the Actors Lab in L.A., alongside James Dean and Marilyn Monroe, but the group was accused of having communist connections by Sen. Joe McCarthy’s House Un-American Activities Committee in the late ’40s and was forced to disband. The doc draws a link to the committee and the policies of segregation, including bigoted quotes from gossip columnist and HUAC supporter Hedda Hopper.

Nevertheless, Moore continued to act. Her big break came in the 1959 remake “Imitation of Life,” directed by Douglas Sirk, who cast her alongside Lana Turner as a domestic with a light-skinned daughter who disavows her and tries to pass as white. Moore’s Annie shows a panoply of emotions that somehow settle on love. The film was Universal’s biggest blockbuster at the time, and the role earned Moore an Oscar nomination. “Her performance is very layered,” says Fletcher, who starred with Moore in 1988’s “Two Moon Junction.”

Moore thought the attention would bring greater opportunity, but two years passed and the parts didn’t change. “There were other roles, but for a while I wouldn’t take them,” she says. “Then I realized nothing was gonna happen, so I got back in the same old groove.” Her next two films saw her playing maids. Poitier, who calls Moore’s abilities “extraordinary,” puts the demeaning work in perspective, noting that actors “had to eat, they had to live, they had to survive.”

Later, Moore became involved in community theater, co-founding Los Angeles’ Cambridge Players. One of their performances: “The Amen Corner,” for which she had had friend Marlon Brando give $75 to James Baldwin in the ’50s to write.

Moore, who died in 2014 at age 99, applied for inclusion on the Walk of Fame in 1998, and has been posthumously nominated every year since 2019. The doc notes that Black talent comprises just 5% of the current stars on the Walk, and it includes an interview with an anonymous representative for the Hollywood Chamber of Commerce, which oversees the Walk of Fame, setting out the criteria for inclusion: not only fame, but a strong list of film credits (here, the doc scrolls through her more than 70, the last in 2001) and involvement in the community.

Ultimately, the good news (not included in the film, but almost certainly occurring as a result of it) is that Moore will be receiving her star next year, according to WABC-TV — making “A Star Without a Star” a testament to perseverance, passion and persuasion.