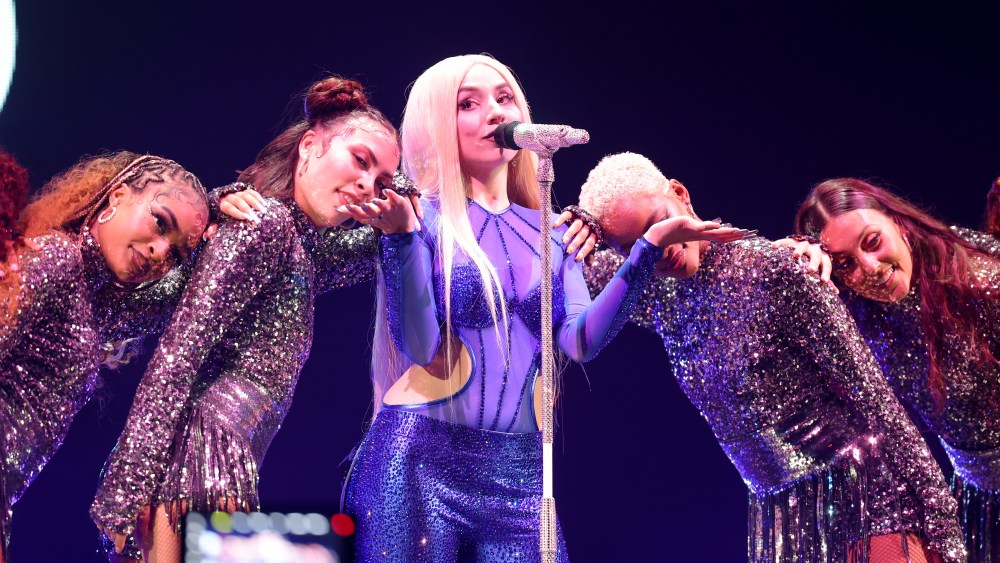 Singer Ava Max has signed with Scooter Braun’s SB Projects, Variety has confirmed, where she will be represented by Allison Kaye. Max was previously managed by Jeffrey Azoff and Tommy Bruce’s Full Stop Management.

Kaye, a veteran of Variety‘s Hitmakers list, has worked closely with Justin Bieber and Ariana Grande at SB Projects, where she holds the title of president at the company.

Max logged her first hit in 2017 with Le Youth on the track “Clap Your Hands.” A year later, she released her debut single “Sweet but Psycho,” which became a global smash, earning RIAA-certified platinum status and becoming one of the most consumed songs of 2019.

The Albanian-American artist is currently gearing up for the release of her second full-length album “Diamonds & Dancefloors,” which is set to drop on Jan. 27.

The new collection, which Max has described as “heartbreak on the dancefloor,” will feature the recently-released singles “Maybe You’re The Problem,” “Million Dollar Baby,” “Dancing’s Done” and “Weapons.” Over the holidays, she additionally teased three electro-pop-infused singles from the forthcoming album over social media.

“Diamonds & Dancefloors” was originally slated for release in October.

+ Bria Fisher has been tapped as the first director of communications for Empire. reporting to senior VP of marketing Peter Kadin. She joins from Biz3, where she worked for nearly three years with artists and projects including Larry June, Belly, Juicy J, Maxo Kream, Wale, Blu DeTiger, 24kGoldn, Jessie Reyez and the Black Lives Matter Global Network and Black Music Action Coalition (BMAC). Prior to Biz3, she worked as an account executive for FYI Brand Group with Jhene Aiko, 21 Savage, 6lack, Rich the Kid and Russell Westbrook’s Why Not? foundation, among others.

+ Cash Cash will be releasing their first single, “Anyway,” on Jan. 13 following almost two years of hiatus. “Anyway” will be the producer trio’s first release under Ultra Records and Sony Music, with whom they signed last summer.

“Anyway” features RuthAnne, who is best known for co-writing hits for One Direction, Britney Spears, Bebe Rexha, Westlife and more.